Following on from our story last week of the three South African students who started at the Southern African Wildlife College (SAWC), Zanele Mathonsi – Youth Access Programme Administrator at the SAWC, reports on the student’s first week:

All 23 learners were officially welcomed and inducted on Monday the 19th of February 2018 by the Community Department within the SAWC Organization.

On the induction day they were given their course material and stationery. They were also informed of the whole course structure, the college rules and other information which is relevant for them to know. They also met the college’s CEO (Mrs Theresa Sowry) and other departments which they will mostly be interacting with while on campus.

They were taken on a campus tour to show them the locations of the different departments and the college’s  facilities.

The students started with their first  training module on Tuesday the 20th of February 2018 (Erect, Maintain & Monitor Wildlife Fences). All learners participated well and enjoyed the module.

Learners are currently busy with their second module (Demonstrate Knowledge of Conservation Ethics). They will be doing First Aid and Reptile Orientation training on the 1st and 2nd of March 2018. 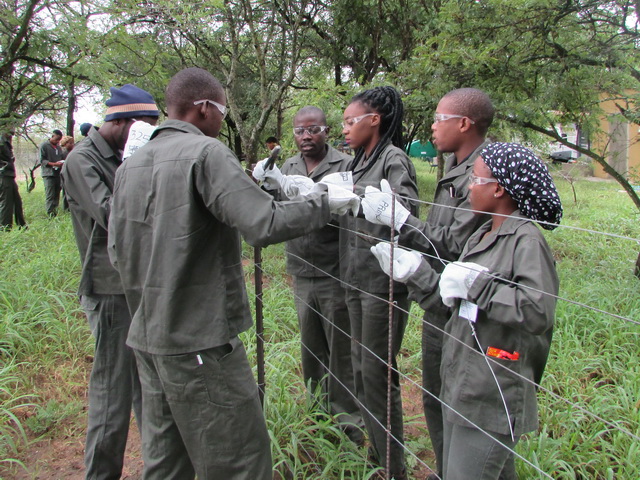 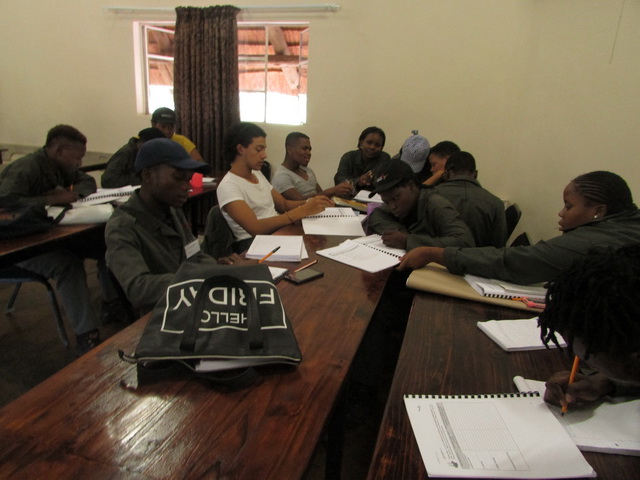 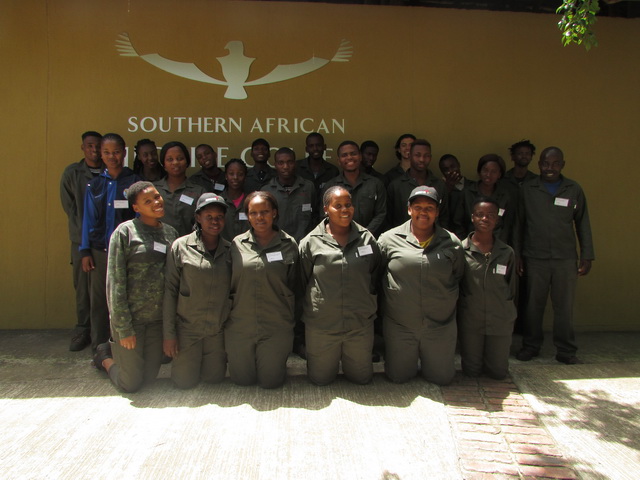