To ensure that our future conservation leaders take part in promoting the greater protection of Africa’s elephant and rhino, nine CITW Eco-Club Members and three Eco-Mentors from Shashe, Tubu and Beetsha Primary Schools will participate in the march on Saturday 7 October, with 2017 being the first year that Botswana will be participating in the Global March for Elephants and Rhinos (GMFER). 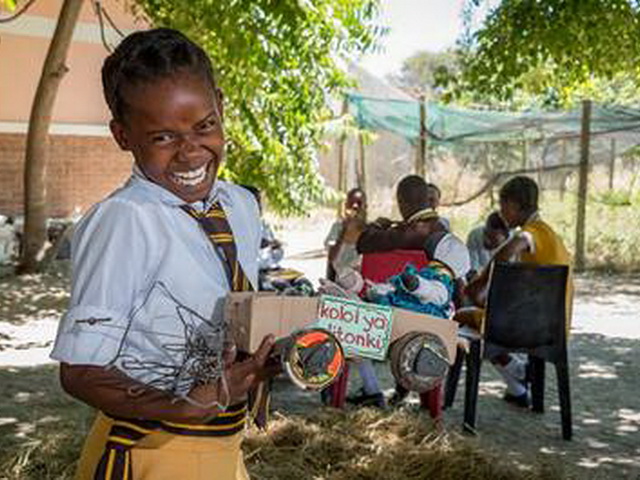 The international GMFER platform continues to grow in popularity, with 130 cities marching in 2016 with one voice to demand an end to the trade in ivory, rhino horn and lion bone. The theme for this year’s march is Justice for All and Justice for Earth (#Justice4All, #Justice4Earth). Its aim is to raise awareness, generate global media attention on the crisis, and keep political pressure on world leaders to protect our endangered wildlife.

According to the World Wildlife Fund (WWF), the rapid loss of species seen today is estimated by experts to be between 1 000 and 10 000 times higher than the natural extinction rate. Concerning just the elephant population, 144 000 elephants were lost to ivory poaching and habitat destruction in less than a decade. This was across 15 out of 18 African countries surveyed in 2016 by the largest continental wildlife survey, the Great Elephant Census. This represents approximately 27 000 elephants slaughtered annually. According to the Save the Rhino organisation, there are only approximately 30 000 rhinos worldwide in the wild today.

This noble cause to change this global crisis is therefore a matter of urgency that is also close to home for Botswana, as well as to the hearts of all at CITW, as the organisation aims to facilitate sustainable conservation through leadership development. One of its programmes that aims to educate Africa’s rural children regarding the importance of conservation, whilst instilling a passion and pride in our natural heritage at the same time, is the Eco-Clubs held at various local schools.  The Eco-Club Members from Shashe, Tubu and Beetsha Primary Schools have developed placards with messages on elephants, rhinos, pangolins and lions for the march – a testament to their advocacy against the plight of the planet’s animals.

According to Mary Hastag, CITW Botswana Programme Coordinator, “We are taking part in this important march to help our Eco-Club participants gain important insights and knowledge about the plight of our wildlife and natural heritage which is a key part of our Eco-Club programme. We are excited to travel with nine children from three schools in the North West District Council, together with three Eco-Mentors, to further promote the care and commitment required to conserve Africa’s pristine wilderness and wildlife areas. We are fortunate in Botswana to see the Government take such a hard line against poaching and investing to protect our animals”.

“There is so much more to be done to conserve our natural heritage and support of this mission is critical for the country and indeed the region. If we are to ensure that our pristine wilderness and wildlife areas continue to exist – in this generation and those to come – we need the children of Africa to understand the importance of conservation and its relevance in their lives”, concluded Hastag.