Ihatshi Elibomvu (Redhorse) Cultural dance group comprises of three females and seven males and was established at the beginning of March 2018. Being a part of the group gives members a purpose and shows other youths the positive outcomes that can arise from embracing culture.

This is also being achieved through Children in the Wilderness’s (CITW) YES Programme, an environmental education and life skills programme for secondary students, as members of Ihatshi Elibomvu have joined the programme as school leavers. Being members of the YES Programme, means the dance group have become an integral part of it, also acting as mentors to current students by demonstrating the importance of culture and encouraging other students to join the programme. 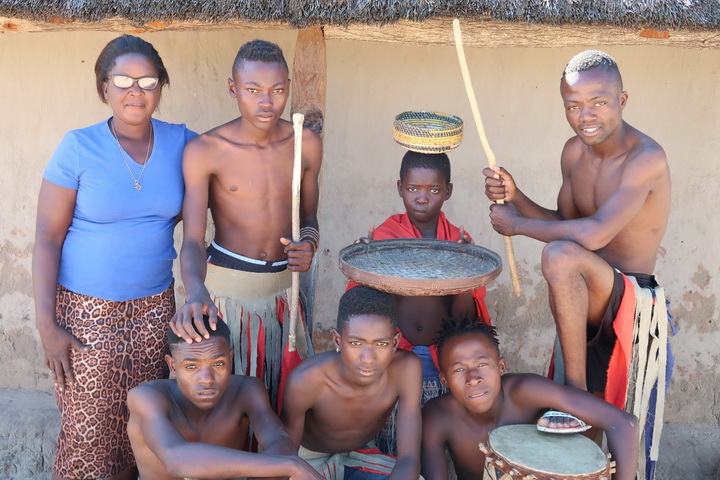 After seeing the negative effect of the modern world on local culture, Mr. Jerry Mpofu and Mthabisi Ndlovu formed the group in a bid to retain and reconnect with the local culture and cultural dances. Ihatshi elibomvu has three aims:

The emphasis on the celebration and conservation of culture is aligned with Wilderness Safaris’ ethos and the Culture ‘C’, provides an opportunity to form a partnership with this group. This also addressed the Community ‘C’ by spreading cultural knowledge and awareness to wider communities in this area.

After establishing themselves as a group, the members of Ihatshi elibomvu looked closely at their history, local culture, and traditions. It became clear that their forefathers worshipped God through their ancestors using drums and other traditional instruments. As drums in particular played a vital role in nearly all forms of communication, it was significant to use these instruments as a source of entertainment for communities to foster positive cultural and community change, while also creating employment.

To achieve their aim of promoting culture, Ihatshi Elibomvu wants to ensure that the youth in particular are culturally aware. Elders that are skilled in different traditional dances, songs, and poetry were involved in teaching and training the group members. Now skilled in these areas, the dance group is able to perform in schools, communities, and for tour operators. Their productions will also be recorded. 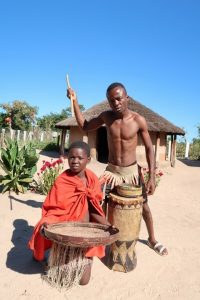 The group’s clothing and preferred colours (red, black, and white) are influenced by history and happenings from the past. Men, for instance, carried walking sticks to support themselves and fed their families with meat from wild animals, using the hide as clothing. A major objective of the dance group is to educate the youth and wider community about deriving lessons from the past on managing natural resources and not poaching. The group strongly believes that past practice was done responsibly, with respect and foresight that future generations need for their survival. Respect and conservation were also enshrined in different forms of worship.

There are some challenges encountered by the group, namely shortages of traditional clothing and transport to show venues. These challenges can hopefully be addressed so that Ihatshi Elibomvu can take full advantage of opportunities that come their way. The importance of culture in promoting positive societal changes has become widely emphasised on a global scale. It has thus been heartening to see Ihatshi Elibomvu providing a positive and lively way for youth to become empowered and embrace their culture. With heightened awareness and motivation to join the YES Programme, a wider section of society will be reached, enabling further steps towards a more sustainable future.