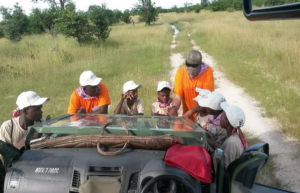 At the beginning of each year, Children in the Wilderness lead a children’s camp hosted at Camp Hwange in the Sinamatella area of Hwange National Park in Zimbabwe. The four day, three night camp is held during the quieter rainy season and is aimed at underprivileged children from rural schools. These overnight camps are a highly anticipated event on the rural school calendar; there is a careful selection process and participants are conservation conscious students who actively participate in their school’s Eco-Club Programmes.

Our children’s camps are specifically aimed at environmental awareness and education but they do of course, include good old fashioned fun and games! Each school is required to send a teacher to accompany their students; these teachers are not only a part of the supervisory team but they also benefit hugely from the camps conservation oriented educational programme.

Although arrival day had a slightly slow start due to unforeseen delays and inclement weather, this did nothing to dampen enthusiasm or excitement; spirits were high and there was much chatter, smiling and laughter as the children met their peers from the different schools. Campers were welcomed by CITW and camp staff on the large front verandah of Camp Hwange which overlooks a stunning waterhole and has expansive views of the surrounding National Park. From here children were divided into groups according to sex and age, and introduced to an adult mentor who would be responsible for looking after six students per tent. A full exploration of allocated tents resulted in students shrieking with delight when they realised they had taps with hot and cold running water, comfy beds and a brightly coloured Chitenge tog bag, each equipped with a water bottle, notebook, coloured pencils and other useful stationery items, as well as the iconic CITW branded T-shirts and cap – prized possessions of every camper and always donned immediately.

Children, resplendent in their brightly coloured T shirts and caps, returned to the main area where they were led through the safety talk and essential camp rules which ensure a safe, happy environment for the next few days. After a number of fun interactive ‘getting to know you’ games came supper, followed by an early night in anticipation of the next days’ activities.

CITW Camp Mentor, Avias, gave the wakeup call early on the second day where everyone, including guides and counsellors, are encouraged to participate in a series of fun but energizing exercises and stretches before breakfast. After the meal, the students were put into four teams ensuring a mixture of gender from different schools. These would be their team mates for all the activities for the duration of camp. Although the students were a little shy at first, as the camp progressed it was pleasing to note how confident and friendly they all became with one another. Each team was led by a qualified safari guide who educates and mentors the children whilst out on game drives and insect walks.

On their return to camp, the children continued to learn through a series of carefully planned conservation orientated lessons about the flora and fauna they had just experienced in the African bush. Lessons included both written work and interactive group discussions about the ecosystem and food webs that encompass the circle of life in the wild. Each child learnt to understand what would happen if something was removed from the food web or life cycle of plants, insects and animals – a vitally important lesson for our budding conservationists.

A highlight of this camp was the discovery of a brightly coloured and interesting looking spider on an ‘insect walk’. After careful inspection of the creature and many photographs, the spider was then returned to the bush and Julian, the baffled guide, pulled out his book to investigate, only to discover this particular specimen, a type of crab spider called the “platythomisus insignis” had never been recorded in Zimbabwe before! Quite an exciting find for both the guide and our young environmentalists.

After an informative and busy morning, afternoon activities focused on career awareness and included exposure to the many employment opportunities available in the safari business for these students when they leave school as young adults. These included time in the kitchens with the camps chefs, in the workshop with the mechanics learning about vehicle basics, as well as with the bedroom hands and cleaning staff learning the basics of housekeeping. So much is learnt during this time and the children thoroughly enjoyed each experience, especially being able to eat the bread rolls they had baked with their dinner.

The evening’s entertainment was a night at the movies with popcorn and all – the show is projected onto a large bed sheet suspended from the wooden roofing beams of the main area in the camp. Film night is always excitedly received by all the children, many of whom have never been exposed to television or pictures in their lives. The films screened are carefully selected and always have conservation or life-skill messages. This year’s film was an old favorite, The Lion King, which clearly depicts the circle of life.

The usual early morning energetic exercises and stretches before breakfast, were followed by another game drive to start the final full day of activities. The children were even more excited to venture into the bush and eager to share the knowledge they had gained from the previous day’s activities, as well as to learn more from their well-informed, passionate safari guides. On return to camp nature lessons continued before the children participated in a variety of team building and leadership activities and games. It is always interesting to watch individual characters develop during these activities, each aimed at identifying natural leaders and team players. As they learn to think, listen and help each other, every child learns not only more about themselves as individuals, but they benefit from the life skills acquired to effectively deal with challenges in everyday life, at school, at work and even home.

The grand finale on the last day was a hotly contested quiz, with questions related to everything taught during the course of the camp, which gives amazing insight into how receptive these students are as they confidently answer every question.

As goodbyes were said on the final morning of camp, the children were presented with a teddy bear donated by The Mother Bear Project in the USA; this project is dedicated to providing comfort and hope to underprivileged children by giving them a gift of love in the form of a hand-knitted bear with the simple message that they are unconditionally loved.

CITW Children’s Camps promise memories that last a lifetime, newfound friendships, strong bonds and the importance of conservation shared. Each student learning the importance of protecting the environment in which they live, the majority making a personal pledge to play their part in protecting it and helping to teach others to do the same. Grateful thanks are extended to the staff of Camp Hwange, CITW Mentors and participating school teachers, each of whom played a vital role in contributing toward the success of yet another exciting and truly educational children’s camp. 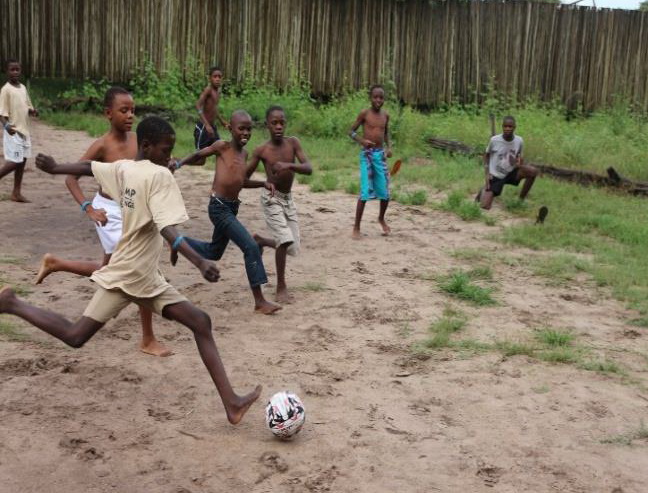 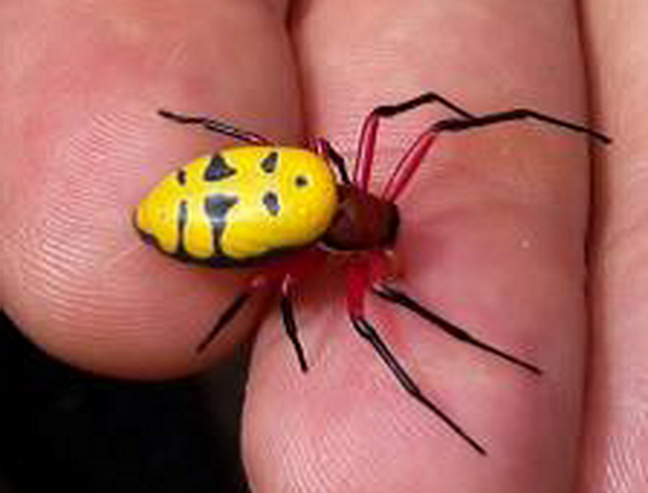 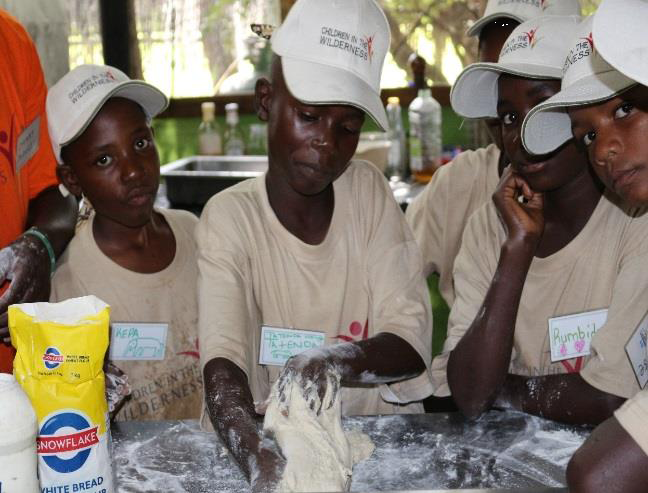 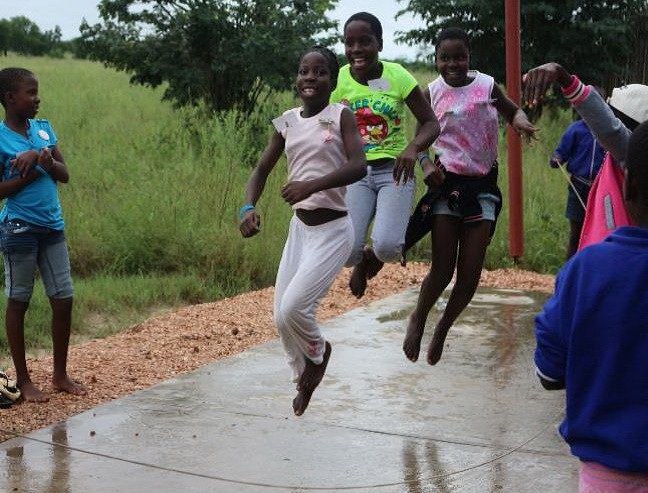 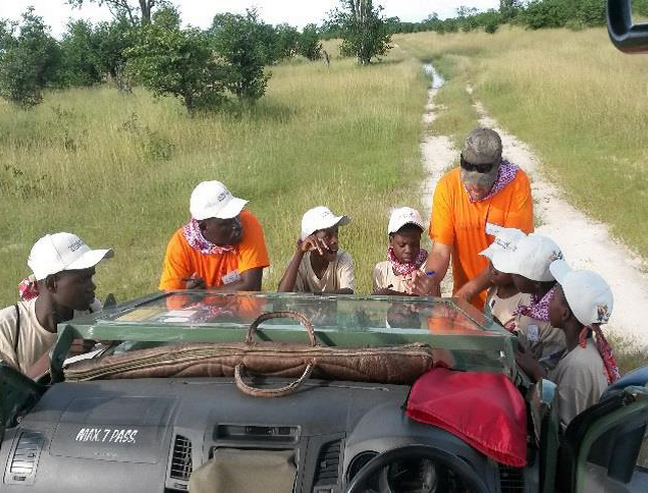