An incredible Children in the Wilderness Tri-Nations camp kicked off on Tuesday the 12th of December, with children from Botswana, South Africa and Zimbabwe arriving at Little Muck Camp in Mapungubwe National Park in South Africa, for four days of fun and learning.

We wasted no time getting stuck into the programme, by playing a few ‘getting to know you’ games with the children, before splitting them into three different groups – The Giraffes, Impalas and Zebras. We were sure to have two children from each country in each group, so that the children had the opportunity to learn from each other. Each group read up on their group animal in their workbooks before developing their own war cry, and everyone took it very seriously. Try putting the sentence ‘Giraffes are sociable, peaceful animals which rarely fight’ to a rhythm and tune – not easy, but the competitive giraffes managed!

The children then joined their teachers and Mentors in their country groups, where they had to answer questions about their countries. Each country had the opportunity to present their answers to the bigger group, and relished in the singing of their national anthems and other traditional songs.

Day two started with the Mentors acting out a skit on the leadership value of respect. The children loved seeing their Mentors acting as children and having a bit of fun! Uncle Bongani built a Tippy Tap with the children to ensure hands were clean, and that we were saving water. We kept track of the number of litres used on camp, and want to do a comparison of just how much water we saved compared to if we’d used a normal tap. Thereafter, the environmental lessons for the day took place, which were all about biodiversity and the importance of the web of life.

We then took the children to the Mapungubwe Interpretation Centre. The museum and interpretation centre showcase the incredibly rich history of this World Heritage Site. Our brilliant SANParks guide, Lufuno, ushered the children through the museum. From a beautiful video, to viewing the stunning artefacts found in the area, to the pièce de résistance of the golden rhino – the children were enthralled for a full two hours!

Back to camp, and three different stations of team building games. From blindfolded wild dogs to untangling knotted arms, the children were challenged to work together and solve problems as a team.

We rounded off the day’s activities with the children collecting natural material from around camp to create their team mascots in preparation for the final night’s quiz. After dinner, we surprised the children with a movie. We watched The Lorax – a Dr Seuss story about a young boy who plants the last truffula tree seed, restoring his town back to normal after years of living with no trees, and having to buy their fresh air. We linked the message of the movie to their learnings from the day, to show how important it is to conserve and protect every part of our food web. We sent the children off to bed, where another surprise awaited them. On each of their beds, was a Mother Bear teddy bear, each knitted with love by people from around the world, and theirs to keep!

Our third day was a busy one, starting off with the Mentors presenting the leadership value of perseverance. Thereafter, we were lucky enough to have two volunteers from The Department of Environmental Affairs (DEA) present to the children. Willeen and Chulu from DEA participated in each day of the camp, and thoroughly enjoyed interacting with the children. They worked their presentations around what we had covered so far on camp, and focused on what Transfrontier Conservation Areas (TFCAs) are and why they are so important. Of course, this was relevant to our Tri-Nations camp as Mapungubwe National Park forms part of a TFCA, known as the Greater Mapungubwe Transfrontier Conservation Area (GMTFCA). The park is open between Botswana, South Africa and Zimbabwe, and the children who attend our Tri-Nations camps come from villages in and around the GMTFCA.

After a little tracking activity, where the children had to identify the prints of various animals which the Mentors were hiding with around camp, off to the confluence we went, to see the converging of the Shashe and Limpopo rivers. Our last full day ended off with that hotly contested quiz!

The final morning at camp involved the children completing feedback forms on their experience at camp, with the final singing of warcries before many hugs goodbye.

A huge thank you must go to SANParks, Willeen and Chulu from DEA and all of the Children in the Wilderness Eco-Mentors, who made this camp such a great success! 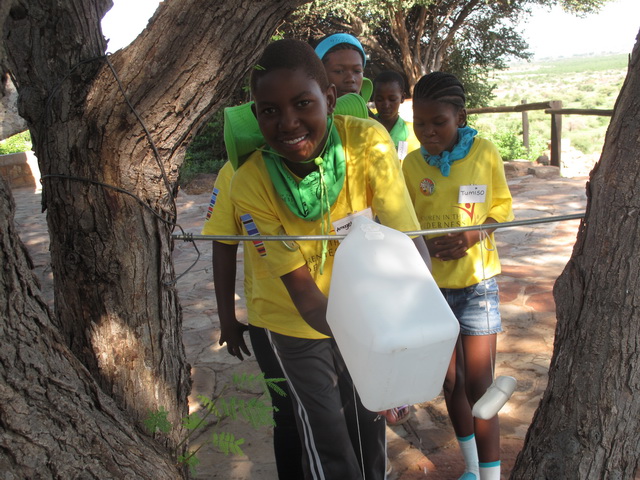 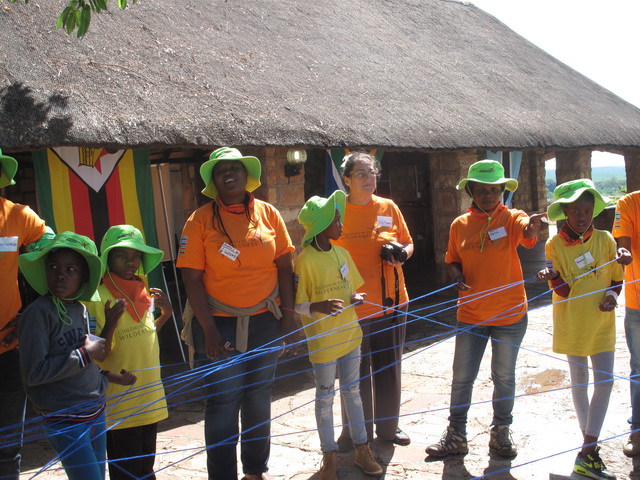 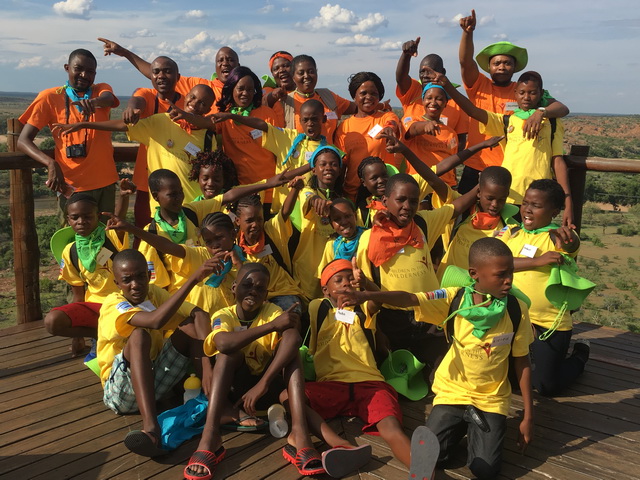 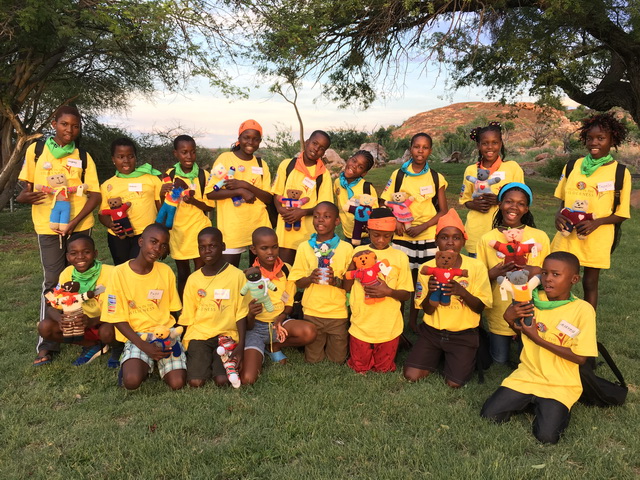 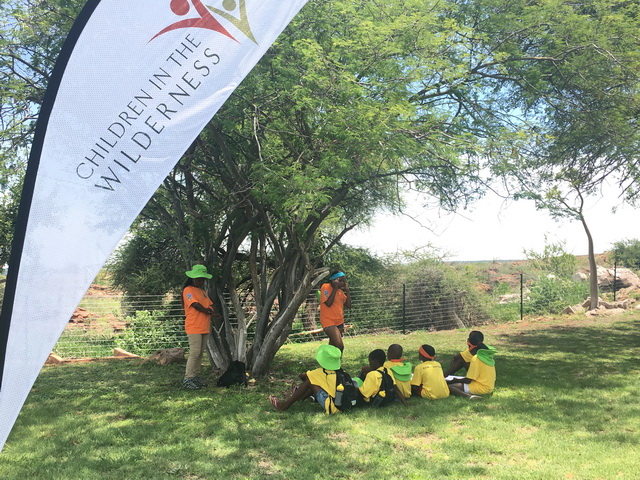 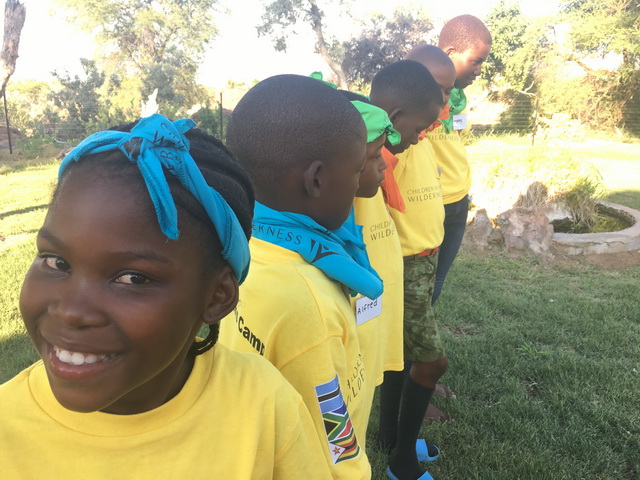 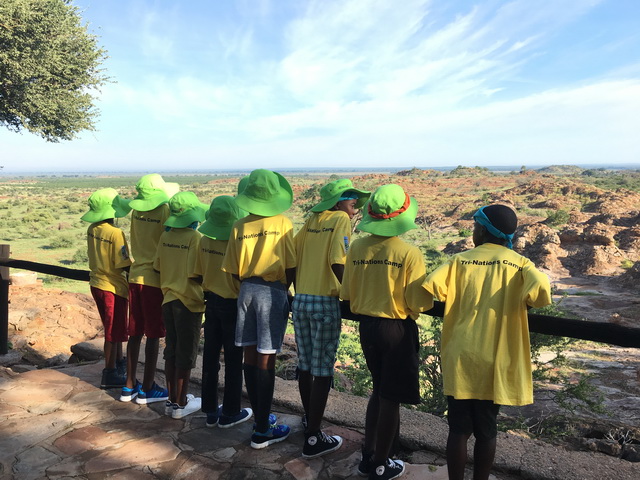 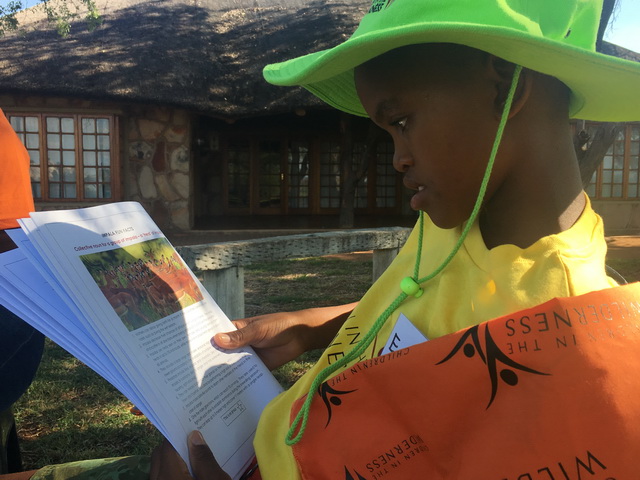 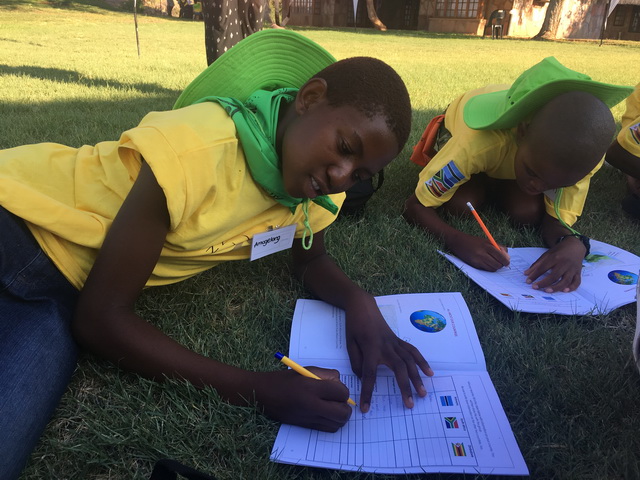 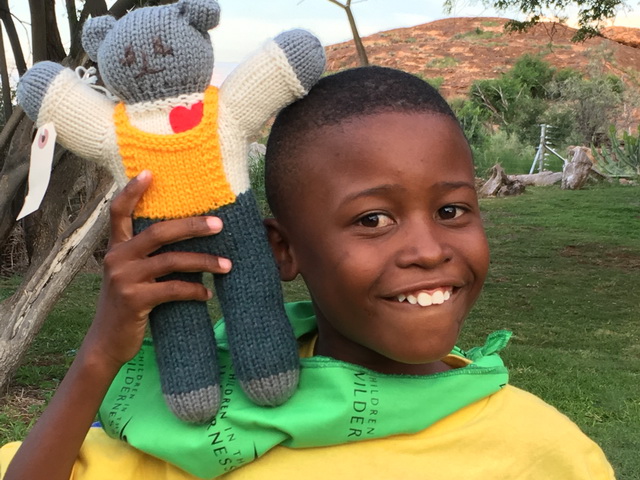