On arrival at the camp the children are divided into groups according to sex and age and then introduced to their Tent Leader (adult mentors responsible for looking after the children in each tent). They are then shown to their respective tents which become ‘home’ for the duration of the camp. Each child also receives a brightly coloured Chitenge tog bag which is filled with exciting goodies including a water bottle, notebook, coloured pencils and other useful stationery items as well as the CITW branded camp t-shirts and cap.

CITW Zambezi Region is carrying out a re-greening campaign in the various areas of operation, so the focus for the 2015 Children’s Camps was on trees; children were put into teams and each team was named after a specific tree that would became their identity for the duration of the camp (e.g. Acacia, Baobab, Mahogany etc.). Teams were then asked to design a poster and a war-cry centred on their specific tree identity and then given the opportunity to present their war cries and posters to the rest of the group. They all had so much fun with this did a fantastic job with their presentations.

‘For the first time in my life I saw a very big elephant in the wild’ – Arnold Dube, Mpindo Primary School.

‘One thing that I will always remember about the camp is going for game drives and seeing beautiful animals’ – Moreblessing sibanda, Ngamo Primary School. 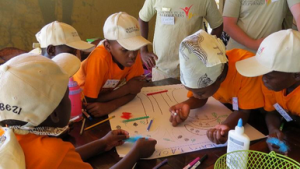 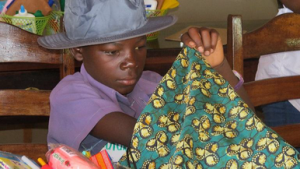