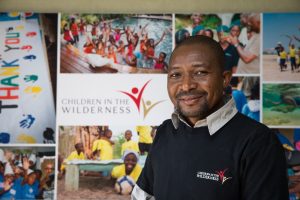 Born and raised in Makuleke village outside the iconic Kruger National Park, Bongani completed his primary and secondary schooling in this village before obtaining a National Diploma in Public Administration at Tshwane University of Technology, majoring in International Economics and Public Administration.  He has also completed a number of short courses in Management, Team Engagement, Community-Based Natural Resource Management (CBNRM), Monitoring and Evaluation (M&E) and more recently the Sustainability Practitioners’ Programme ran by Cambridge University’s Institute for Sustainability Leadership.

After graduating from Tshwane University, he began working for Statistics SA as a census clerk where he was part of the team that conducted South Africa’s very first democratic census in 1996; he was later promoted to the Department of Home Affairs.

The Makuleke Communal Property Association (a community Trust which owns and co-manages the Pafuri region of Kruger National Park), recalled him to the position of Implementing Officer where he was instrumental in implementing the Makuleke Conservation Development Framework document and various other capacity-development projects. In 2009, he began working on the CITW programme as a part time Eco-Club Mentor, coordinating the programme at five schools in Makuleke village. The positive impact the programme had on the children in his village saw him becoming CITW’s Regional Coordinator in 2015.

With over ten years’ experience in community socio-economic empowerment and  conservation education initiatives,  his involvement saw him working in community programmes and projects in southern African countries such as Botswana, Mozambique, Namibia, Rwanda, South Africa, Zambia and Zimbabwe as well as working with communities overseas in Brazil and Sweden.